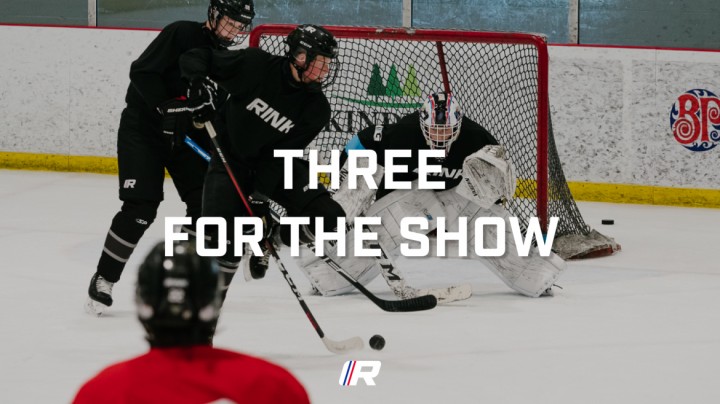 Not only did the Swift Current Broncos place six players on Team Canada U18, which recently represented the country at the IIHF World U18 Championship in Germany, but the RINK Hockey Academy in Winnipeg was responsible for the development of three of Canada's National U18 players. Those players are defenceman Owen Pickering and forward Josh Filmon from the Broncos and goaltender Ethan Buenaventura from the Calgary Hitmen.

The success these young players have enjoyed is not just a coincidence.

On top of that, there are more than 40 RINK-trained players in the WHL or NCAA. And on this year's final list of North American prospects for the NHL Draft, there are 11 Manitobans, six of whom are RINK trained.

So, what does it mean that three RINK-trained players all made Canada's U18 team in 2022?

"I think it says that Team Canada is looking for way more than just a hockey player," said Smith. "We can talk about ability and potential all day, which these kids all have, but they also put a lot of emphasis and focus on having character people. Quality human beings. And our program puts a huge emphasis on this as well. It's more than a hockey program.

"Here at the RINK, we have an environment that can breed success if you're willing to come in, fully dedicate yourself and use all of the components of the program. All three of these guys did that. It is no surprise to me that these three players were selected."

Smith makes it clear that nothing is ever handed to a player. The opportunity to play at the RINK comes with personal responsibilities, but if you do the work and take advantage of everything the RINK has to offer, you will have personal success. There are so many good and talented people here who spend a lot of hours trying to support the players in their development and have their best interests at heart.

"Bones, Picks and Filly are very smart kids. One thing that I'm seeing more frequently now is that attitude is a major role in the success players have. More specifically - enjoying the ride. Being where your feet are. Not getting too caught up in the obstacles and barriers that come your way. These guys came to the RINK and we
couldn't get them off the ice. They had so much fun working hard, practicing, competing in almost everything they did. Their attitudes and mindset towards their development created a healthy, but very competitive environment here which we encourage."

Pickering, who is back at the RINK training this off-season, was thrilled with his improvement both on and off the ice as a result of taking in everything the RINK had to offer.