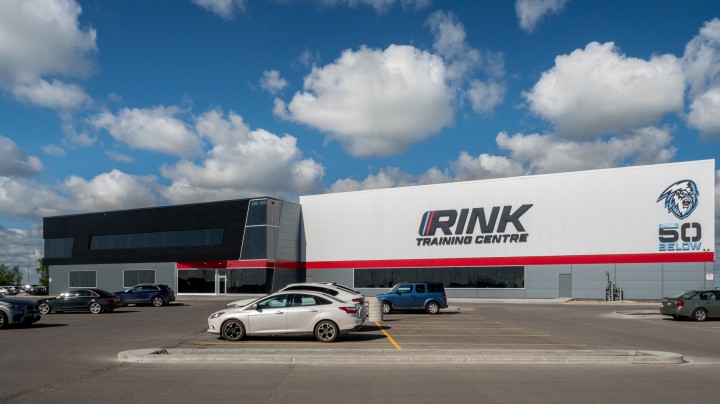 The RINK Hockey Academy announced on Monday its coaching staff for all four teams within the organization.

The RINK Hockey Academy (RHA) is heading into its fourth season of operation and is expanding this year with their first female team which will compete in the Varsity division for the 2019/2020 season.

The RHA is especially excited for the season ahead as it is the first season in the brand-new state-of-the-art RINK Training Centre.

“Having the ability to play league games, practice, train, and focus on school all within the same facility will be a tremendous asset for our student athletes going forward.” said Ryan Cyr, President of the RINK Training Centre.

After a 15-year pro playing career, including the IHL, ECHL and Europe, as well as representing Team Canada on three different occasions, Brad retired and joined the University of Manitoba Men’s Hockey coaching staff. Brad has a High Performance 1 coaching certificate and has worked with Hockey Manitoba and the Program of Excellence U16 on three separate occasions, most recently as the head coach of the 2015 team that took part 2015 Western Canada Bantam Challenge, capturing the silver medal.

Born and raised in Alberta, Sandy had spent 4 years coaching the CFR Bison AAA midget team in the AMHL before moving to Winnipeg. He had been to the Alberta final the last 3 years of coaching out west and has one appearance at Telus Cup National Championship. He has been a WHL scout (Red Deer Rebels) for the last 5 years, a defense skills coach in Jr. A for last 6 years and spent 2 years as a player rep for a large sports management company.

Born in Montreal, Quebec, Mitch is a hockey student and coach for more than 10 years. Mitch has his High Performance 2 from Hockey Canada and has an Advanced Coaching Diploma (NCCP4) from the Canadian Sports Institute. After spending one year in AAA midget as an assistant coach, he started coaching Minor Midget for three seasons and captured three Bronze medals in consecutive years, and sent several players to Junior teams across Canada, and had players selected in the NHL Draft.

Born in Steinbach, Rob started his hockey career spending three years playing Major Junior Hockey for the Calgary Hitmen and Brampton Battalion.  From there, Rob played four full seasons with the University of Manitoba Bisons.  His final two years with the Bisons he was named Captain of the team.  After his University career he played professional hockey in Germany and in North America.

This Manitoba born and raised native comes from a deep hockey background, which includes 5 years in the WHL with NHL camp invites to Tampa Bay and Columbus. At 21 he committed to playing at the University of Manitoba with the Bisons for 5 seasons. Following his University career, he played in the ECHL with the Wichita Thunder for one season.

Maggie has an impressive playing and coaching career that she will bring along to RHA. She played five full seasons with the University of Manitoba Bisons women’s hockey team and served as team captain in her final year. In 2015, Maggie represented Canada at the FISU games in Granada, Spain, and helped her country earn a silver medal. After University, Maggie moved to Sweden to play for SDE Hockey in the Swedish Women’s Hockey League (SDHL).

Tess brings over 20 years of hockey experience, playing in three different countries.  Her vast hockey resume includes playing in Sweden, playing NCAA D1 hockey for Bemidji State University, was a member of Team Manitoba, was invited to Team Canada’s U18 invitational camps and played for Balmoral Hall Prep.  Tess has coached in the MFMHL and will serve as the assistant coach for the RHA Female Midget team while working with the Testify Performance team as a Registered Massage Therapist.

An assistant coach for the Bantam Prep team will be announced closer to the start of the season as the RHA narrows down a final candidate.

The RINK Hockey Academy are proud members of the CSSHL (Canadian Sport School Hockey League), a league recognized as the leader in education based hockey.