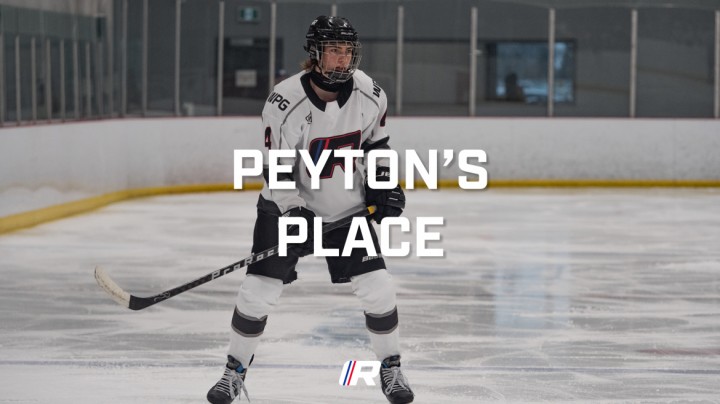 Peyton Kettles has all the tools. He's 6-foot-3 and, at 14, he's probably still growing. He's fast, handles the puck well and with the RINK Hockey Academy's U15 AAA team, he had nine goals and 35 points in 26 games.

So, it wasn't a big surprise when he was taken by the Swift Current Broncos with the sixth overall pick in the 2022 Western Hockey League Draft. He was the second Manitoban selected (Cole Temple of Brandon went fifth overall to the Regina Pats) and while he was expected to early on Draft Day, it still surprised his parents.

"It was a very exciting day, but pretty overwhelming," said his mom, Tasha. “We were surprised, althoughwe knew there were a few teams interested in him. He's our own kid, but it was still pretty shocking. We're proud of him. He's worked hard to get where he is and he's made a lot of sacrifices and he does a lot of things to prepare himself to be the best that he can so, I'm happy that he went where he went. We were also surprised and shocked that he went as early as he did.

"We think he's a good player, but to go as high as he did, it was a pretty overwhelming experience."

Kettles, who started playing hockey at the age of four in Transcona, was one of 10 RINK Hockey Academy players to be selected in the 2022 WHL Draft. He played his house league and Regents A-1 in Transcona and then played AA Railcats, AAA Sharks and then after his first year of AAA - which was the COVID year so he really didn't play much at all - his family decided to move him to the RINK.

"We did it for the development and to give him the academy experience," Tasha said. "Going to school half the day and then training all afternoon, getting the experience travelling and playing against different teams across Western Canada was something we felt he needed.

"Next year, the plan is to go to Swift Current for rookie camp and then to play U18 RHA with Coach Rob Smith and we'll see where that takes him."

His coach at the RINK last season, Brad Purdie, is already excited about the things he brings to the rink every day. He has size, speed and grit and is simply going to get better.

"Peyton was a big part of our D corps this past season," Coach Purdie said. "He plays with lots of grit and sandpaper and will be a tough D to play against at the next level. He has a very high ceiling and will continue to develop next season and will make an immediate impact when he gets to Swift Current. He's also an excellent young man who was a pleasure to coach this past season."

It's getting to be a regular occurrence each season as the RINK usually has eight to 10 players chosen in the WHL draft - about half of Purdie's U15 team. It's quite a statement about the quality of the program.