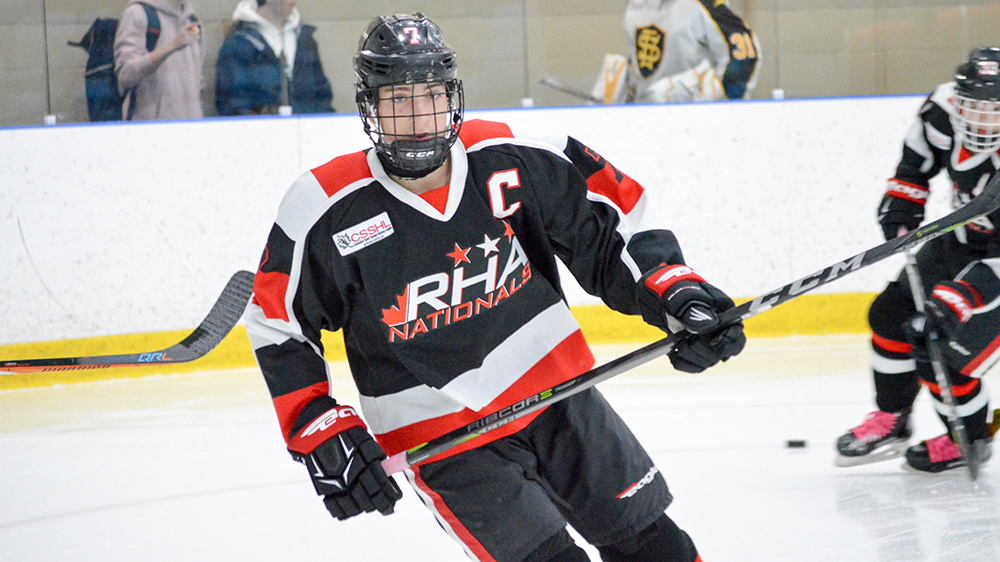 Saskatoon, SK – Logan Stankoven (Kamloops, BC) had two goals and two assists as the Yale Hockey Academy were 7-2 winners over the Notre Dame Hounds.

Jake Chiasson (Abbotsford, BC) and Zachary Funk (Vernon, BC) each finished with a goal and two helpers for Yale, which got 24 saves from goaltender Brayden Melnyk (Chilliwack, BC).

Saskatoon, SK – Ben Brant (Duncan, BC) scored twice as the Pacific Coast Hockey Academy blanked the Pursuit of Excellence by a 6-0 score.

William Irvine (Morden, BC) added a goal and assist for Pacific Coast, while Ty Gibson (Victoria, BC), Kieran Strange (Victoria, BC) and Dawson Elzinga (Duncan, BC) also found the back of the net.

Damian Perovic (Surrey, BC) stopped all 10 shots he faced to record his first career CSSHL shutout.

Cayden Hamming (Vernon, BC) turned aside 37 shots for Pursuit.

Saskatoon, SK – Skyler Bruce (Winnipeg, MB) had a five-point outing as the Rink Hockey Academy cruised to a 10-1 win over Shawnigan Lake School.

Bruce lit the lamp three times, while also adding two assists, marking the third time in his past four games he has collected three or more points.

Eric Alarie (Winnipeg, MB) and Michael Svenson (Ile des Chenes, MB) each found the back of the net twice for Rink, while Carson Lambos (Winnipeg, MB) collected a goal and two assists.

Natalino Covelli (Edmonton, AB) had the lone goal for Shawnigan, his first of the season.