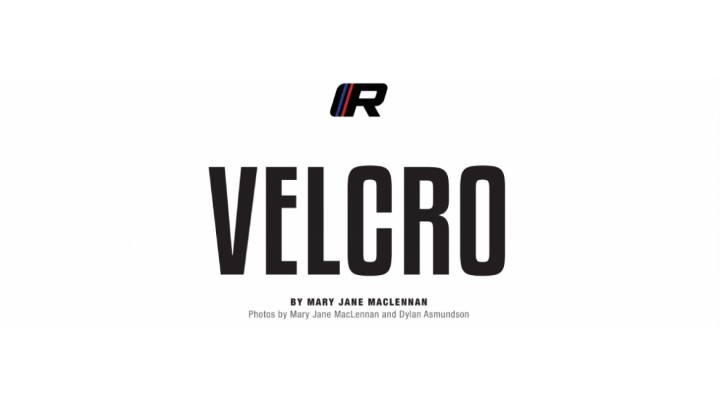 VELCRO: The Story of Inhye Jang

She's called "Jang" and "Janger" by teammates, but the coach calls her "Velcro" because everything sticks to this goalie's glove.

Goaltender Inhye Jang is the first South Korean to play for the RINK Hockey Academy's U18 Female Prep squad. In fact, she's the first Korean on any RINK team.

A member of South Korea's national team, she arrived late for the start of the school year in order to compete in two qualifying rounds for the Beijing Olympics. In the first round, in England, Jang helped her team get ahead of Slovenia, Iceland and Great Britain. But in the second round, in Sweden, Slovakia, France and Sweden dominated.

The RINK's U18 Female Prep head coach Maggie Litchfield-Medd is already thrilled to announce that the 17-year-old Jang will be back to play in Winnipeg again next year.

"She was a great pickup," said the coach. "She had a good skill level and she's figured out workload management and what we expect here."

The coach had only seen videos of Jang and liked what she saw at the 2022 Female U18 Prep Western Championship.

"I called her 'Velcro' after a game we played against U18 Delta (Hockey Academy) because she just held onto everything! All the pucks were coming to her and she just gripped onto them," Litchfield-Medd says.

Jang is modest about her skill. "In the playoffs, I feel I did better than any other games before because I feel stable: stable and consistent," she says.

The RINK took one game against the St. Mary's Flames in the playoffs and finished in the top 10.

Jang takes the psychological pressure of goaltending in stride.

"If I win or not, I have to focus on my consistency during the game," she says. "It's important as a goalie, the save percentage or how I did in the game, or how I block the shots, how I saved or how was I positioned - my stance. That is the more important thing - to prepare for the next game."

Jang is in Grade 10 at Shaftesbury High School. She and defenceman Telia Saarinen from Alaska both live with the family of forward Katie Anhalt. Jang likes K-pop boy-band BTS and Mississauga singer Johnny Orlando.

"My favourite Korean movie is Train to Busan, a zombie movie," she said. “It might be cruel, but at the end it is very touching."

This is Jang's second stay in Canada.

She went to Halifax at 15 as a goalie for the U15 Metro East Inferno. She was the U15 AA All-Star goalie in the 2020 Provincial Championships.

Back in Korea, her coach gave her several training options in Canada. She chose the RINK Winnipeg.

“I looked up the website and picked RINK Winnipeg because I love the facility and their treatment of students," says Jang.

As agile as a gymnast, Jang posted 263 saves after 299 shots on goal. She allowed 36 and recorded a GAA of 3.09. She has a 0.88 save percentage, but wants to improve. "Most NHL goalies' save percentages are over 90 per cent," Jang says. "If it's mid90s, that's a good goalie. I haven't played many games here because I arrived late. So, I want to play more games next season."

Jang is from Yongin-si, a city of just over one million people in the Seoul Capital Area. According to the International Ice Hockey Federation, South Korea has just 37 hockey rinks, but Jang says there are now 30 hockey teams for young players.

"There are no girls' teams," she said. "There's only one pro women's team in Korea, so the teams I went to were just mixed."

After a year as a player, she switched to goaltending. Team Korea competitions have taken her to Czechia, Denmark, the U.K., Sweden and Poland. Her favourite country is Czechia.
"I was there with my U18 team from Korea, we had the day off and we went to the Prague Castle. It was really good," she said. "And their (Czechia) girls' team is also good."

Litchfield-Medd says she would definitely take another Korean player. "Inhye is coming from Korea where they're not as intense and you're not getting the same quality shots in games and practices," said the coach. "So, she's done a great job."