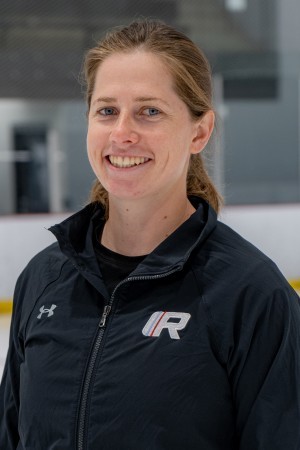 Maggie has an impressive playing and coaching career that she will bring along to RHA. She played five full seasons with the University of Manitoba Bison’s women’s hockey team and served as team captain in her final year. In 2015, Maggie represented Canada at the FISU games in Granada, Spain, and helped her country earn a silver medal. After University, Maggie moved to Sweden to play for SDE Hockey in the Swedish Women’s Hockey League (SDHL). During that time, Maggie served as an assistant captain and led the team in points. When her playing days finished, Maggie stayed in Sweden for 2 more years to serve as the head coach for the SDE Hockey team she played for, and to be the Chief Director of SDE’s minor female skill development. When she returned to Winnipeg in 2018, Maggie served as the assistant coach for University of Manitoba Bison’s women’s hockey team before accepting her role with RHA in 2019.  She has completed her HP1 coaching certificate and brings a wealth of knowledge and international experience to the RINK Hockey Academy.