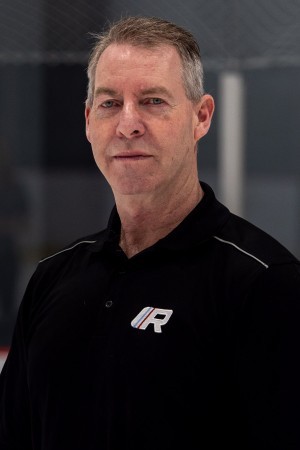 Born and raised in Alberta, Sandy had spent 4 years coaching the CFR Bison AAA midget team in the AMHL before moving to Winnipeg. He had been to the Alberta final the last 3 years of coaching out west and has one appearance at Telus Cup National Championship. He has been a WHL scout (Red Deer Rebels) for the last 5 years, a defense skills coach in Jr. A for last 6 years and spent 2 years as a player rep for a large sports management company. Both his sons played in the WHL, one is still playing pro, having lots of experience from the parent side as well. Sandy spent the last 10 years operating his own defense skills clinic in Alberta. He is extremely excited to be apart of the RINK Hockey Academy staff.